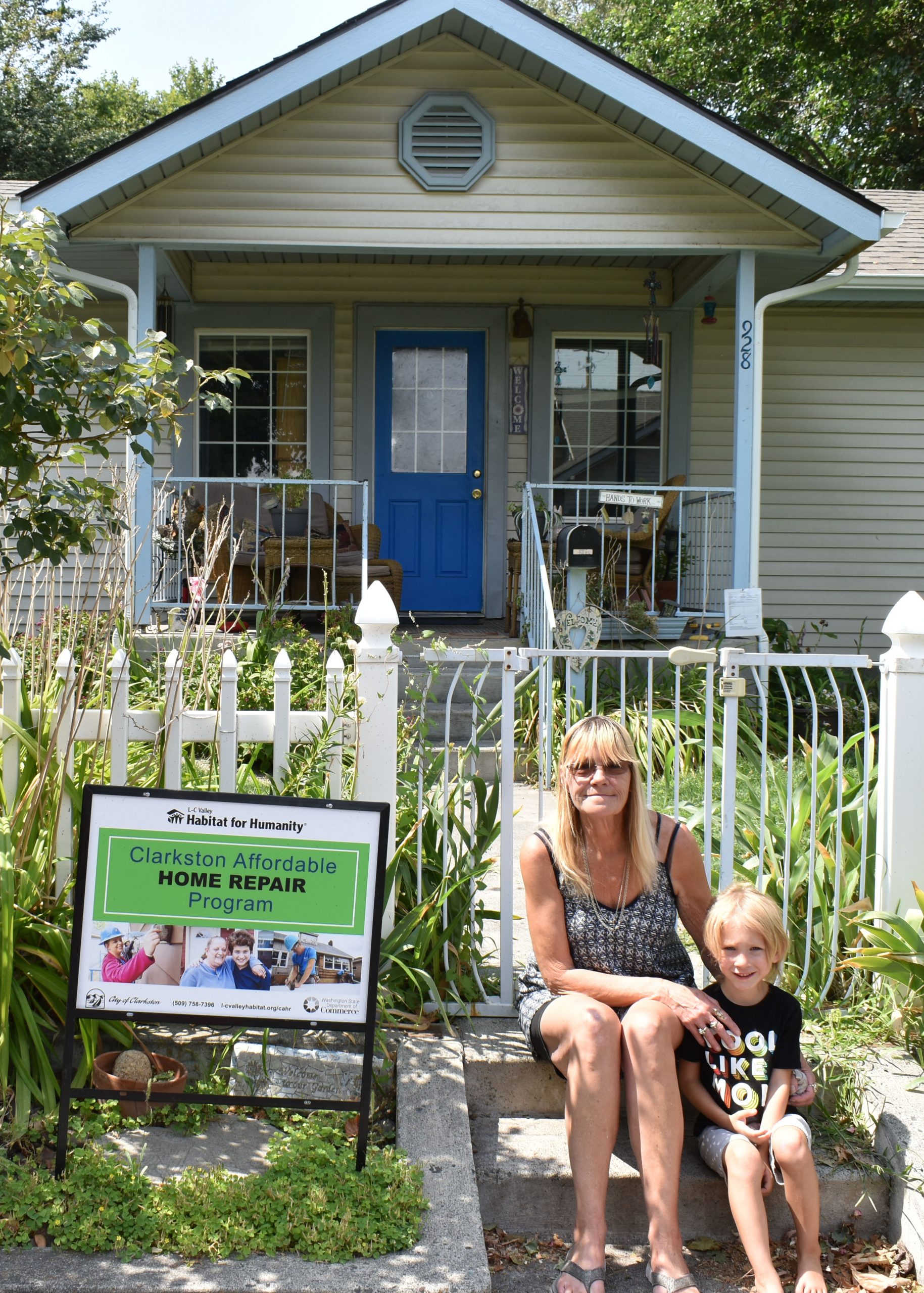 Janet Duman talks about the impact the Clarkston Affordable Home Repair program had on her family. In partnership with the City of Clarkston, L-C Valley Habitat saved her home.

Click here to listen to a short clip of Janet telling her story.

Janet Duman had to retire early due to back issues. She has limited mobility and cannot do home repairs herself. She has lived in her home since 1983 and knew it needed significant repairs.

When it rained, she had to place a towel in the middle of her kitchen table. If it was a heavy rain, the towel would be soaked and start dripping on her floor. On the exterior, the soffit was falling apart. There were also some significant drywall repairs necessary due to water damage.

Janet lives off of Social Security and could not afford the $10,000 new roof she had been quoted. That’s when she found the Clarkston Affordable Home Repair Program through L-C Valley Habitat for Humanity. Janet says, “Habitat for Humanity gave me a huge blessing. They saved my home.” It was reassuring to her that she didn’t have to worry about the contractors coming back and asking for large sums of money as they progressed through the repairs, because she just didn’t have it to give them.

Her COPD, in addition to the back problems, make it impossible for her to even do interior painting. She didn’t have to worry about any of it. In her words, “I was able to sit there and say holy moly, I’m just so grateful.”

All CAHR project homeowners are required to complete 25 hours of sweat equity in addition to paying a manageable amount to cover the cost of repairs. Janet loves our ReStore and opted to do her sweat equity as a volunteer in the store. She told us that she would have gladly done 100 hours in exchange for a completely new roof.

She summed up the impact for her by saying, “For the rest of my life, and I’m 63, I don’t have to worry about this stuff anymore because it’s going to be fixed.”

Read More Stories
The CAHR program is no longer accepting applications due to grant closure.

At Habitat for Humanity, we believe everyone deserves a decent place to live. In addition to building new homes in the valley, we also make affordable home repairs in Clarkston city limits..

Working in partnership with the City of Clarkston and Washington State Department of Commerce, LCVHFH is offering a Clarkston Affordable Home Repair (CAHR) Program.

The CAHR helps families address critical needs in their homes by focusing on safety, accessibility and meeting municipal codes. By offering home repairs for no or low cost, the program will help preserve and ensure safe, decent, and affordable housing in Clarkston. Our program provides repairs and ADA modifications for low-income homeowners, such as those who are disabled or on a fixed income, so residents can continue to live safely and independently.

This programs is NOT available for:

NEED: The homeowner must currently live in housing that is unsafe or otherwise in poor condition, such as

*Income guidelines are subject to change.  The above figures are the 2022 Income Limits (effective 6/15/22) CDBG Non-Entitlement Areas by County.  Please call the LCV HFH administrative office for households over 5 persons.

What is Sweat Equity?

Sweat Equity refers to the work that the homeowner performs with LCVHFH on the repair project for their home. Sweat Equity is key to the success of the Habitat program.  Working alongside volunteers to repair homes is one of the most unique and rewarding aspects of Habitat for Humanity.  For homeowners unable to work with CAHR on their home, other accommodations to volunteer will be made.

The CAHR program is not longer excepting application due to limitations of grant funding.

Please upload or send copies of the following documents:

*Originals will not be returned, but copies can be made in our office, by appointment. 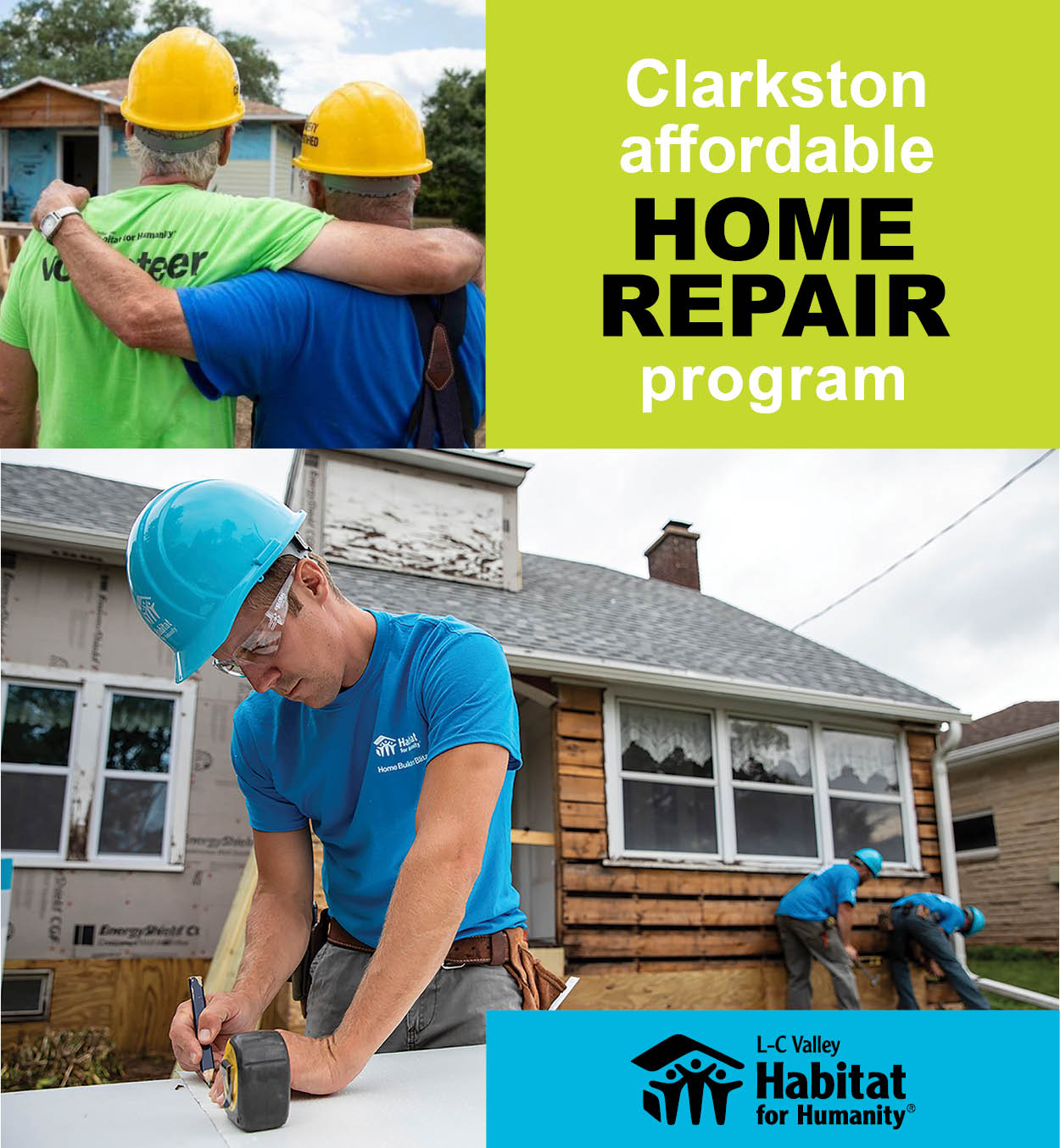 Habitat’s Home Repair Program would not be possible without the generosity of our program sponsors: